The power of sound meditation 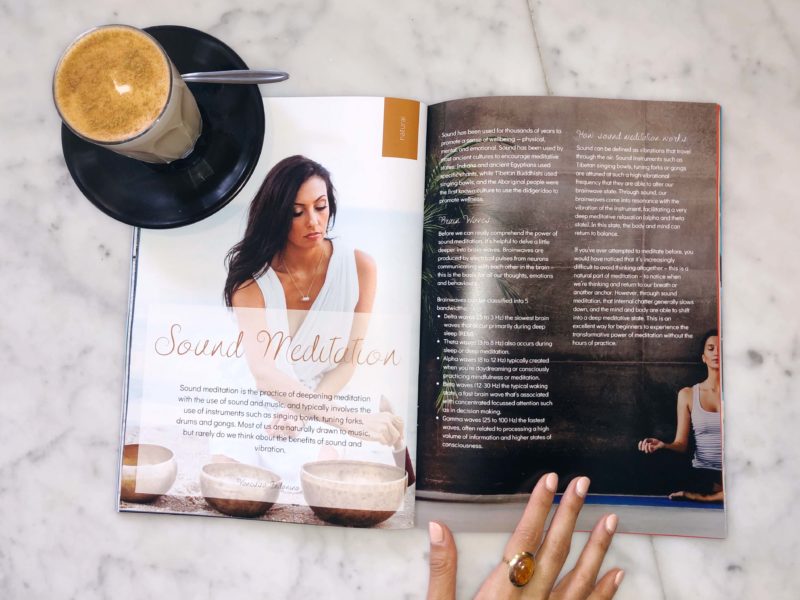 The power of sound meditation

Stress, anxiety and depression are continuing to rise especially in developed countries with around one in seven people globally (11-18%) having experienced one or more mental disorders. With this staggering number, the adoption of alternative and traditional modalities such as meditation and mindfulness, have become increasingly popular as people are starting to catch on to the benefits. Many companies are also recognising that they can help their employees manage stress by offering on-site meditation. Large multinationals such as Google, Nike and Apple are leading the way with meditation and mindfulness incorporated as part of their wellbeing programs.

One particularly unique type of meditation that is gaining attention worldwide, is sound meditation.

What is sound meditation?
Sound meditation is the practice of deepening meditation with the use of sound and music, and typically involves the use of instruments such as singing bowls, tuning forks, drums and gongs. Most of us are naturally drawn to music, but rarely do we think about the benefits of sound and vibration. Sound has been used for thousands of years to promote a sense of wellbeing — physical, mental, and emotional. Sound has been used by most ancient cultures to encourage meditative states; Indians and ancient Egyptians used specific chants, while Tibetan Buddhists used singing bowls, and the Aboriginal people were the first known culture to use the didgeridoo.

Brain waves
Before we can really comprehend the power of sound meditation, it’s helpful to delve a little deeper into brain waves. Brainwaves are produced by electrical pulses from neurons communicating with each other in the brain – this is the basis for all our thoughts, emotions and behaviours.

Brainwaves can be classified into 5 bandwidths:

Scientific studies show that sound instruments that produce alpha frequencies, such as Tibetan singing bowls, tuning forks or gongs, are able to alter our brainwave state.

Sound can be defined as vibrations that travel through the air. Scientific studies show that sound instruments that produce alpha frequencies, such as Tibetan singing bowls, tuning forks or gongs, are  able to alter our brainwave state. Through sound, our brainwaves come into resonance with the vibration of the instrument, facilitating a very deep meditative relaxation (alpha and theta state). In this state, the body and mind can return to balance and naturally heal itself.

If you’ve ever attempted to meditate before, you would have noticed that it’s increasingly difficult to avoid thinking altogether – this is a natural part of meditation – to notice when we’re thinking and return to our breath or another anchor. However, through sound meditation, that internal chatter generally slows down and the mind and body are able to shift into a deep meditative state simply by receiving the sounds. This is an excellent way for beginners to experience the transformative power of meditation without the hours of practice.

Benefits
The benefits of sound meditation are varied and affect everyone differently. Many people have stated they experienced improved memory, clarity, vitality, pain and stress reduction, enhanced mood and sense of wellbeing, improved concentration, and better sleep.

On a physiological level, sound meditation puts the body in the parasympathetic state (the opposite of fight or flight), which helps reduce the stress chemical, cortisol, and increases alpha and theta waves. This keeps us alert during the day and enables the body to go into a deeper sleep at night.

Research backs the healing ability of sound, with a study in the Journal of Evidence-Based Integrative Medicine in 2016finding a significant difference in mood, tension, anxiety, physical pain and spiritual wellbeing in response to singing-bowl meditation.

All pretty good reason to try sound meditation! And the beauty is that it’s not invasive and typically not expensive— so there’s no harm in giving it a go and can be used to support an existing health program.

It’s important to note that sound meditation is a supportive modality and will not cure illness but may support recovery. Clients are encouraged to see a medical practitioner where required.